Approximately 300 Airmen and four B-52H Stratofortress aircraft assigned to the 5th Bomb Wing at Minot Air Force Base, North Dakota, are deployed to RAF Fairford, England, to conduct theater integration and flying training. The purpose of the deployment of Air Force Global Strike Command B-52s to RAF Fairford is to exercise a state of readiness at United States Air Forces in Europe’s forward operating location for strategic bombers. 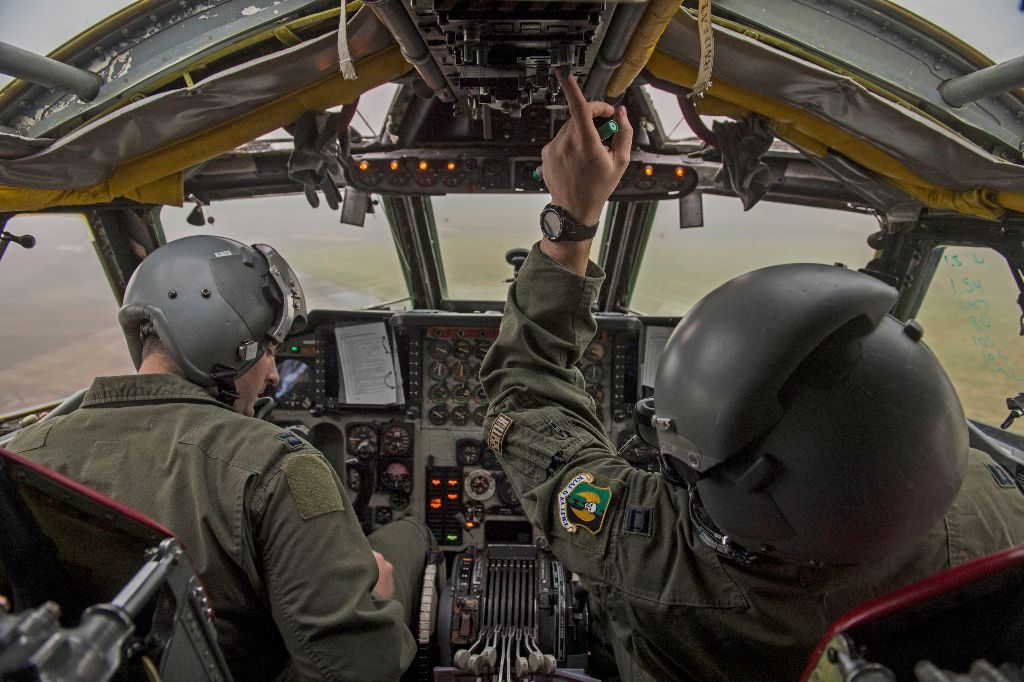 Pilots from the 23rd Bomber Squadron prepare a B-52H Stratofortress for a flight at RAF Fairford. USAF/TSgt Joshua J. Garcia

This 2018 deployment of bombers in Europe will also include joint and allied training to improve bomber interoperability, indeed last week they flew alongside Royal Air Force Typhoons and USAFE F-15Cs .

‘We have the versatility to work with many allied nations, giving them an opportunity to work with bombers that they normally don’t get,’ said Matthew. ‘Ultimately, it’s good for everybody – in addition to other countries, it allows us to train in the region to maintain a state of readiness and ability to deploy with no notice.’

‘While being at RAF Fairford, we execute one of AFGSC’s primary missions to deter and assure,’ said Col Michael Maginness 23rd EBS commander. ‘Our presence here deters any potential adversaries in the region, while assuring our allies of the U.S.’s iron-clad commitment to the region.’

July 2020The July 2020 issue of Combat Aircraft Journal is a Super Hornet special. It features VFA-122, which is the US Navy’s west coast training unit. The issue also details the Block III variant of the Super Hornet, the Service Life Modification that is injecting new life into the oldest airframes, the latest USAF strategic bomber operations, the US Coast Guard in Alaska and Russia’s A-50 ‘Mainstay’ plus much more.