Second FC-31 takes to the air

Compared to the initial prototype, the second FC-31 — sometimes known as the FC-31V2 — features extensive revisions, apparently including a revised, F-22-style forward fuselage including single-piece cockpit canopy, and re-profiled tailfins.

Previous rumors suggested that a second FC-31 prototype might have been adapted to meet PLAAF requirements, perhaps leading to a production-standard J-31. 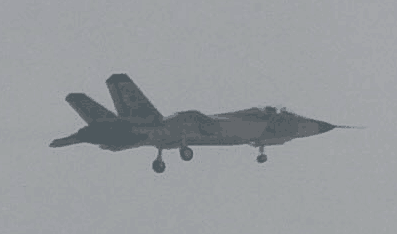 The maiden flight occurred at around 10.00hrs local time.

Reportedly officially designated Project 310, the original prototype ‘31001’ is a technology demonstrator built and reportedly financed as a private venture by the AVIC and Shenyang. The aircraft was officially named FC-31 ‘Falcon Eagle’ during the Zhuhai airshow in 2014.

In addition, there are still strong rumors concerning secret PLA participation or at least an interest in considering the J-31 as a future land-based and carrierborne medium-weight fighter to complement the larger J-20. In theory, it could even replace some of the remaining J-7/8 series fighters while complementing the modernized fourth-generation J-10 and J-11 fighters.

Shenyang has previously shown a model of how an evolved J-31 design could look like. Featuring a number of major changes compared to the demonstrator, this updated design includes radar cross-section improvements such as clipped wing edges, revised vertical stabilizers, a re-profiled forward section with a single-piece canopy and an EOTS similar to that on the F-35 or the latest J-20 prototypes. A new engine was represented by redesigned, stealthy nozzles. This is said to be a ‘new’ Chinese 10-11-tonne thrust unit that will ultimately replace the Russian RD-93. Exactly what this engine is remains unknown.